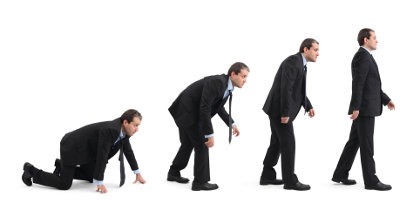 In the last million years, give or take, our chances of being devoured by a passing animal have declined significantly. Yet, our “fight, flight or freeze” response, a prerequisite for the survival of our species, has hardly adapted at all. The limbic system tends to be triggered when we are caught off-guard by an unexpected comment or action. By the time we think of a suitable retort, it’s usually of no use whatsoever.

Within milliseconds of one or more of our senses perceiving a threat, chemical messages start to produce adrenalin. This totally overwhelms the “thinking” brain (the pre-frontal cortex) which handles reasoning, problem-solving and logic to the extent that it effectively shuts down until the “threat” subsides.

Since evolution has manifestly failed to provide a timely fix, intervention is needed. Fortunately, advances in neurology have been rapid, particularly in the last ten years. Prior to the discovery of neuroplasticity, scientists thought that our brains were pretty much hard-wired by the age of three. We’re now told that millions of new neural pathways are created every day, without us even realising. It turns out that the six inches between our ears is re-programmable.

We also know that new programmes can be created by either real or virtual experiences. Indeed, the brain is incapable of distinguishing between them, which partly explains the rapid increase in the use of simulations.

What if we could re-programme our limbic response system to help us to:

To re-programme, we first identify the emotion at the point where the unwanted behaviour appears and work backwards to the original cause. Re-programming involves three phases:
1. Recognising when a limbic response can be triggered by a judgemental question, comment or action by a third party.
2. Acknowledging “at risk” situations and actively disengaging before a secondary emotion has had a chance to kick in.
3. Replacing that secondary emotion with an appropriate primary emotion - and empathising with the perpetrator.

Gamification is recognised as a vital resource in the field of accelerated learning. Limbic Games comprise four key elements: awareness, intention, action and practice. The more we play, the more easily we can over-ride an obsolete self-preservation mechanism which no longer serves our best interests. There are countless opportunities to engage using minor incidents in daily life, anything from an inattentive shop assistant to a dysfunctional automated call handling system. Accelerated learning is already working well. Could accelerated evolution be the next big step forward?